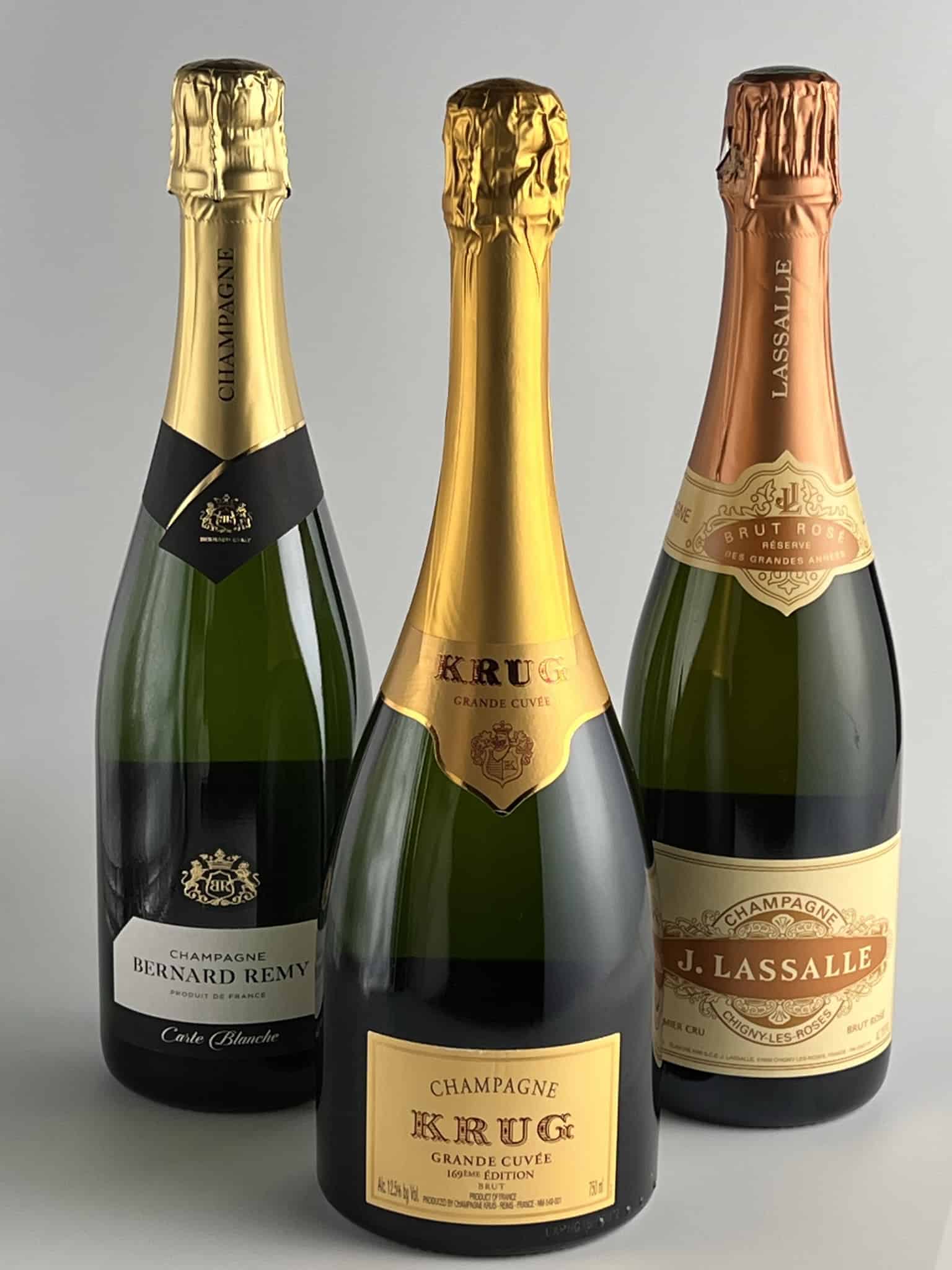 People have been making wine in the Champagne region for thousands of years, but it wasn't until the 1700s that it became what we know today. This article discusses some of the history of the wine, and how it became so popular for celebrations. (Spoiler: it’s because the Champagne houses are good at marketing.)

Winemaking in the Champagne region began as far back as the Roman times (approximately 50 BC to 500 AD). The wines of this era were still; not the fancy sparkling wine the region is famous for today. By the Middle Ages, this area of France became well-known for its high-end textiles, and winemakers were able to sell their wines to the European wealthy elite.

The creation of Champagne’s bubbles was not intentional. If you recall from last week’s newsletter, Champagne is a chilly region. During the cold winter, while wine was in storage, the yeasts died, and fermentation stopped. When temperatures warmed up in the spring, the yeasts “woke up” and the second fermentation process started, creating trapped carbon dioxide, and thus bubbles. The winemakers were not pleased with this development, fearing the wines may be spoiled. Winemakers of the era (including the famous Don Peringon) worked to find ways to keep the wines fresher longer, and well as rid them of the bubbles.

Much of the wine from Champagne was exported across the English Channel to Great Britain, travelling in wooden barrels. Some British merchants would transfer the wine to glass bottles before selling it, increasing the bubbles even further. A scientist by the name of Charles Merrett discovered that if a sugar mixture (what we now call liqueur de triage) was added to a bottle of wine, then it would bubble even more. These bubbles, combined a cork that popped, delighted the British. Now the very thing the French winemakers tried to avoid was what made their product popular.  As glass became more readily available and stronger, the French began to bottle their champagne before shipping. The cost of glass and the potential for lost product (thousands exploded in transit) increased the cost, making Champagne all the more coveted.

The English continued to influence Champagne, as their tastebuds turned less sweet. The French made demi-sec (half-dry), sec (dry), extra-dry, and brut (most dry) wines to please the English palate.

So why is Champagne considered the drink of celebration, particularly on New Year’s Eve? The short answer is marketing.  As Champagne gained popularity among the royals and aristocracy, the Champagne houses doubled down on their image of sophistication and exclusivity. Many producers commissioned artists to include their bottles in their paintings, as well as sought endorsements from celebrities of the time. Champagne is something that most people could only afford once in a while, as such they saved it for occasions when they wanted to feel like royalty. Champagne houses capitalized on the aspirational nature of their wines and marketed their bottles as something to be consumed in celebration.

Champagne has been present at celebrations at the new year for hundreds of years, though in its older form. French coronation ceremonies (which occurred on January 1) took place in the stunning Cathedral of Reims, and wine was an important part of that ceremony.

In the United States, New Year’s Eve has been a time of revelry since the mid-1800s. Around that time, it became common for people to stay awake until midnight. They would mark the turning of the year with drinks, as well as shouts, gunfire, and other loud noises. It makes sense then, that a celebratory wine, with the ability to make a loud “pop” would be the perfect fit.